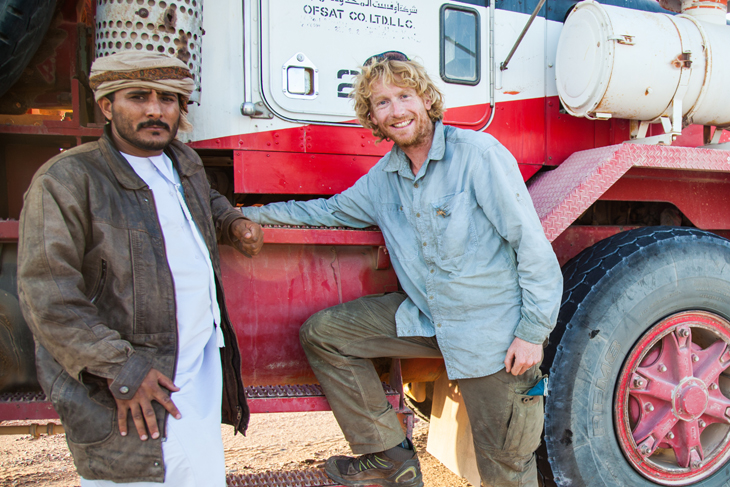 Biography:
Alastair Humphreys is an adventurer, blogger, author, motivational speaker, film maker and photographer. He is a National Geographic Adventurer of the Year. He produces a monthly newsletter with the highlights of the blog and important expedition news.
Alastair's quest for adventure began young. Aged 8, he completed the 26-mile Yorkshire 3 Peaks challenge and the National 3 Peaks in 24 hours aged 13. At 14 he cycled off-road across England. After leaving school Alastair taught for a year in South Africa.
Whilst at university (Edinburgh and Oxford) Alastair cycled from Pakistan to China, Land's End to John O'Groats, Turkey to Italy, Mexico to Panama and across South America. He ran a charity project in the Philippines and the London marathon dressed as a rhino.
Since graduating Alastair has cycled round the world for 4 years, raced a yacht across the Atlantic Ocean, canoed 500 miles down the Yukon River and walked the length of the holy Kaveri river in India.
Alastair has also run the Marathon des Sables, (finishing as one of the ten fastest Brits despite breaking his foot during the race) and rowed to France with Major Phil Packer, a soldier paralyzed in Iraq. In 2010 he completed an unsupported crossing of Iceland by foot and packraft.
In 2011 Alastair decided to remain in the UK in order to encourage people to seek out adventure and wilderness closer to home, challenging themselves through microadventures. In 2012 Alastair rowed across the Atlantic Ocean and undertook an expedition in Greenland.
Recently, Alastair, with the help of fellow adventurer and Team RailRiders member Leon McCarron walked nearly 1,000 miles across the Empty Quarter Desert. The film was nominated for several awards at the Banff Mountain Film Festival in 2014 and is available at www.intotheemptyquarter.com.
Alastair has published five books. He is a keen photographer and videographer. Alastair pays the bills through motivational speaking at businesses and schools, fulfilling a long ambition by speaking to a full house at the Royal Geographical Society (listen to it here).
He was chosen as one of National Geographic's Adventurers of the Year in 2012. Alastair is a patron of the charity Hope and Homes for Children.
RailRiders Gear: