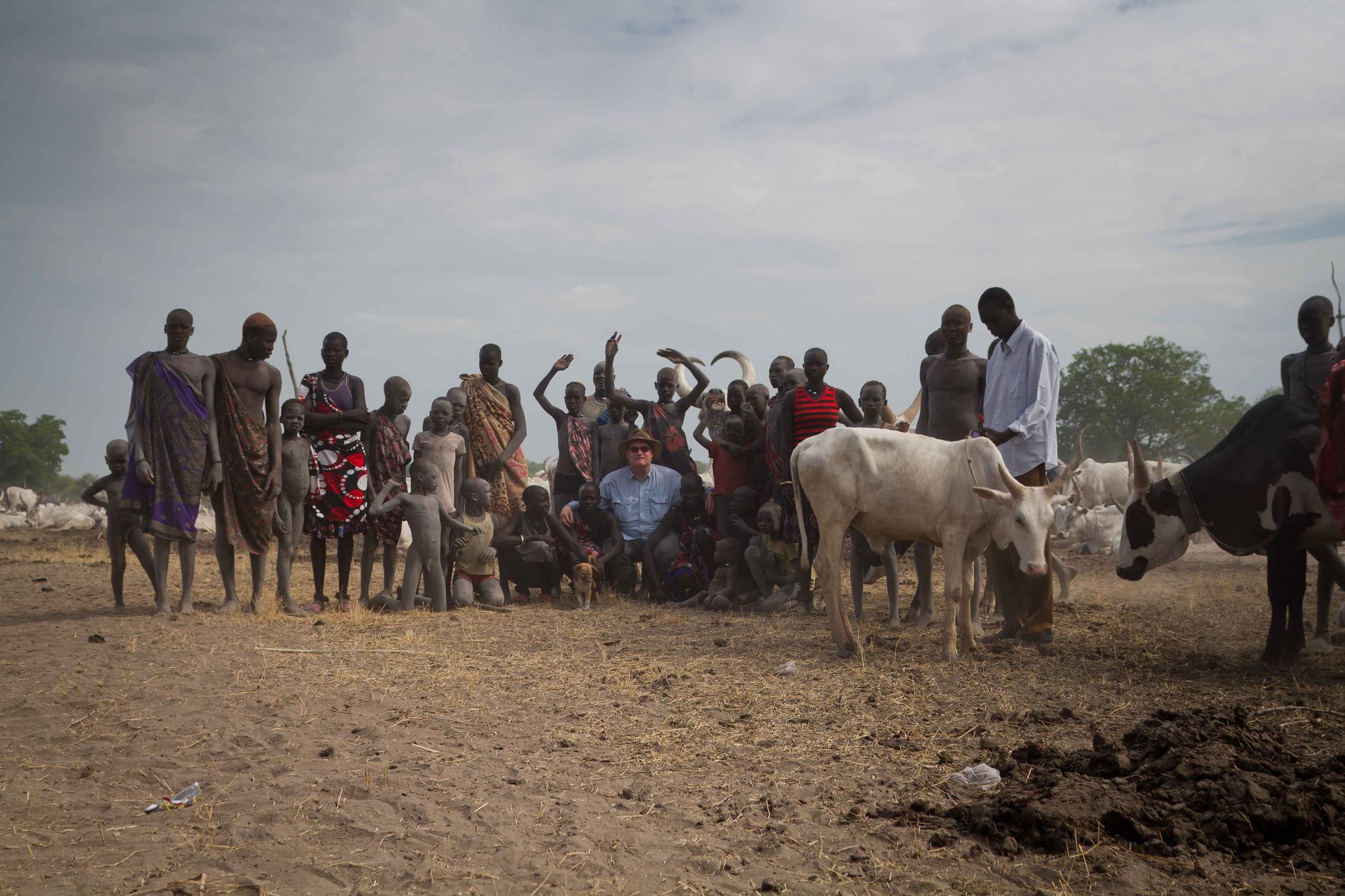 Biography:
Julian Monroe Fisher FRGS FI'00 is an explorer, anthropologist, Ethnographical documentary filmmaker, Fellow of The Royal Geographical Society in London, an International Fellow of The Explorers Club in New York City, and a member in good standing with The American Anthropological Association.
Between 2007 and 2011 Fisher had the honor of carrying the Explorers Club Flag on five consecutive research expeditions to the African continent. In 2008 Julian, along with his team, were accredited by The Ugandan Wildlife Authority for establishing a new route in the Rwenzori Mountains. In 2011 the explorer walked large portions of the African continent between the Indian Ocean coast of Mozambique and the Atlantic Coast of Angola. Julian has been a Team RailRiders member since 2009.
CURRENT PROJECT:
In February 2012 Julian began a five-year Ethnographical research project, comprised of nine expeditions, deep in the heart of Africa. Entitled, "The 2012-16 RailRiders Great African Expedition," Fisher is conducting a 21st century Ethnographical documentation of specific regions of Africa related to the 19th century Victorian age of exploration. The project will follow the African expeditionary routes of the famed Victorian explorers to include Speke, Grant, Burton, Baker, de Brazza, Wissman, Park, Cameron, Stanley and Livingstone.
For the journeys Fisher will implore the use of FOLBOT folding kayaks, dugout canoes, camels, donkeys, horses, feluccas, ferryboats, 4 x 4 Land Cruisers, as well as his feet.
The objective of The RailRiders Great African Expedition will be to compare the 19th century Ethnographical research documentation of the African tribal kingdoms along the rivers and lakes gathered during the expeditions of the Victorian age explorers with the realities of 21st century Africa.

Phase One & Phase Two of the project (March 2012-February 2013) had Fisher following in the footsteps of Sir Samuel and Lady Florence Baker’s 1860’s expedition along the Nile River from Cairo, Egypt, south through Sudan, then from Juba, South Sudan to Lake Albert in Uganda. Along the Ugandan section of the journey Fisher was joined by David Baker, the great, great grandson of Sir Samuel Baker. With the support of the Baker Family, RailRiders, the Uganda Tourism Board and the Uganda Wildlife Authority Fisher is establishing a long distance hiking and mountain bike trail along the original Baker route from Juba, South Sudan to Lake Albert, Uganda. The trail officially launched January 2014 to commemorate the 150th anniversary of when the Baker’s traveled through the region, and was quickly labeled as one of National Geographic's "20 Dream Hiking Trails." For more information about the trail visit www.thebakertrail.org

Julian also completed anthropological research for Phase Three and Four of the GAE, recently returning from Uganda. Julian now turns his attention towards his new "Carolina Rivers" project, which seeks to provide "Conservation and Education through Exploration." The Project kicks off April 29, and will seek to complete over 40 rivers in 2 years, all the while paying close attention to the environmental and social issues affecting the people and wildlife that rely on the rivers for sustenance. The project will be multimedia and will include a series of talks throughout the Carolinas as well as a webTV documentary series sponsored by Costa TV.

Julian's Carolina Rivers project is underway! Over the next two years the explorer will travel many of the rivers of the Carolinas, collecting stories.