Erika Flowers, native of Missoula and Bozeman Montana, is now a racer for the United States Cross Country Ski Team. While she trains for the upcoming season, which will take her around the country and globe to compete for a spot on the world tour and, hopefully, a future OIympics. The Dartmouth grad races for the SMS T2 Team. This season she will compete on the U.S. tour early season, hoping to earn a spot in the Canadian World Cup Tour and the Europa and Continental Cup come February and March. You can follow along on her website: http://erikaflowersski.blogspot.com/​ 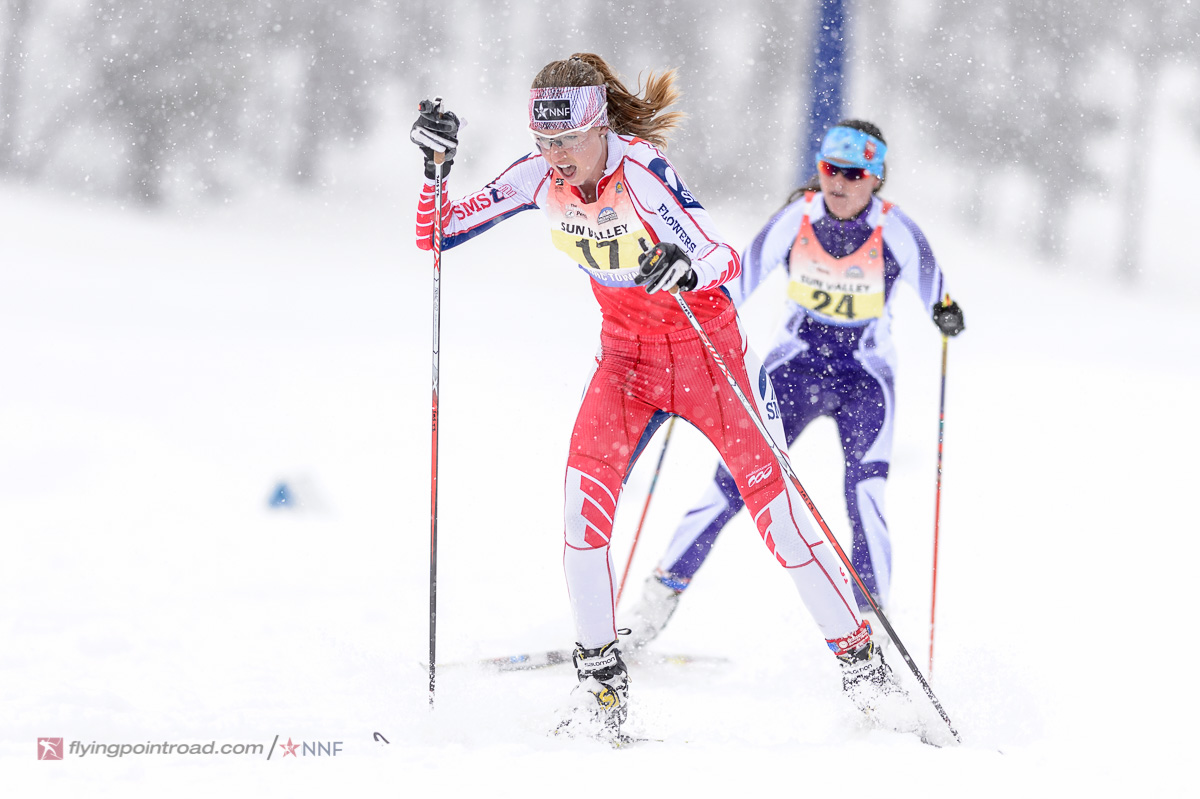 RailRiders: When did you first start skiing? Do you do both downhill and Nordic?

Erika Flowers: I first started downhill skiing when I was 3 or 4 at Marshall Mountain just outside of Missoula, MT. I didn’t actually start cross-country skiing until I was almost 12 when my family moved to Bozeman, MT. I think my parents signed me up for the local Nordic ski team (Bridger Ski Foundation), hoping it would help me make some friends in a new town. I still downhill ski for fun, but between races and training during the winter I only end up alpine skiing a few times a year. I just started to get into backcountry skiing though and I am really excited to do more of that in the future!

RR: How early did you start racing? How long did it take for you to fall in love?

EF: I started racing in early middle school and I fell in love with the sport during a one-legged partner relay at my very first practice. At the time, the local Nordic club had a group of about ten girls my age, all training and racing together. Ski practice basically entailed playing in the snow with my best friends and charging up the hills as fast as we flew down them. I started skiing a little later than many of my teammates so I was definitely not the fastest racer. I spent so much time chasing my friends around though that eventually I learned how to keep up with them and eventually beat them. I think I wrote my first training plan when I was 13 and would run laps around my block or do jumps in my driveway after practice. I loved the challenge and I think that still drives me today.

RR: What was your favorite part about racing in high school/college?

EF: Team. Although skiing is often considered an individual sport, the team aspect has had a huge impact on my development as an athlete and on my love of the sport. In college, you actually compete for points as a team both at the regional and NCAA level. I was lucky to attend Dartmouth College along with an incredibly strong group of women (3 of my former teammates are now on the U.S. National Cross-Country Ski Team and 2 race for the U.S. Biathlon Team). We had a ton of fun but we also pushed each other really hard every day. We weren’t there to just participate, we were there to compete and we wanted to be the best both as individuals and as a team. That bond helped us all become better athletes and better teammates.

RR: Did you always want to become a professional racer or is it something that just happened?

EF: When I was 10 years old, I remember saying I wanted to be an astronaut, an actress or an athlete. I think I always daydreamed about being a professional athlete but it took me a while to believe I was good enough to make that a reality. I was pre-med in college and as a junior I traveled to Guatemala to work in a rural health clinic on the shores of Lake Atitlan. We worked in villages that were only accessible by boat. We carried medicine in suitcases and set up shop in old abandoned buildings, treating patients for everything from jaundice to scabies. The experience was incredible, but I found myself thinking about ski racing the entire time. I would run laps back and forth along the shoreline, trying to prepare for summer training and make up core circuits to do before work. The experience really crystallized my love for ski racing and made it painfully obvious that skiing was my passion.

RR: At what point did you think that you could make competitive Nordic skiing your livelihood?

EF: I think I am still trying to figure that out haha. No, I think I just realized that ski racing is really where my passion lies and it is what makes me happiest. My mom passed away when I was in high school and I think there were two major lessons she taught me:

My mom was an artist and absolutely loved her work every day even if she didn’t always make a ton of money doing it. I had some success racing as a junior skier but in college I think I finally realized that I could compete with some of the best and that I loved trying. For me, medical school would have almost been the easy route. The steps to becoming a doctor are pretty clear: study hard, pass the MCAT, go to medical school, become a doctor. Ski racing is a lot harder. There are a million variables and no guaranteed success. It is the ultimate challenge.

RR: Can you give us a little insight onto what being on the pro racing tour means? What is your offseason day-to-day like?

EF: Training for cross-country skiing is year-round with only a short break in April after the end of the race season. Although racing lasts from November to March, the bulk of our training actually takes place during the summer and fall. As an endurance-based sport, training for cross-country skiing includes everything from mountain biking, running and roller-skiing to weightlifting and swimming. During the summer we train 20-30 hours each week, usually with two sessions a day and one day completely off each week. The day-to-day schedule varies but a normal week includes a mix of strength, speed work, intervals, and a lot of distance training to build a strong aerobic base. Between workouts we stretch, foam-roll, refuel and rest in order to get the most out of each session.

RR: What about your in-season day-to-day?

EF: In-season training calls for less volume and more intensity. We scale back the training hours as we approach the race season and increase the speed work and hard interval sessions. During race season, we still work to maintain and sharpen fitness and lift a few times a week but around big competitions the motto is often “race and rest.” A typical week often kicks off with a travel day on Monday to that weekend’s race venue. We do intervals and strength on Tuesday, speed work on Wednesday, easier distance on Thursday, a good pre-race workout with a few harder intervals on Friday and races Saturday and Sunday sometimes followed by strength Sunday afternoon. By Monday it’s time to hit the road again! 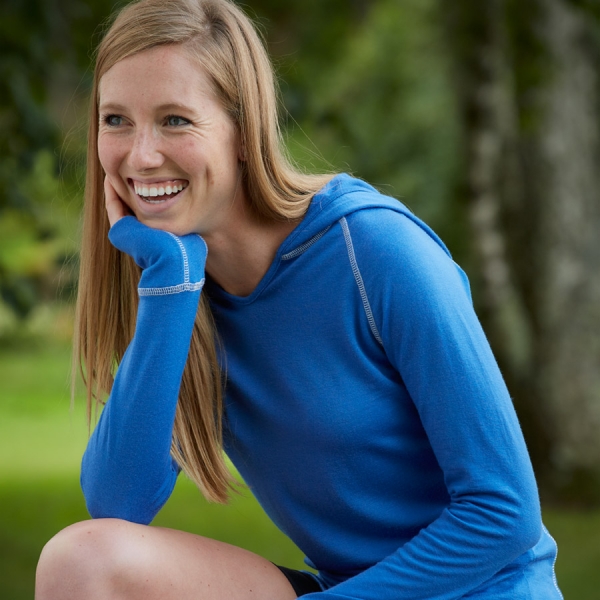 RR: What are the biggest challenges and biggest rewards of racing professionally?

RR: What are your personal and team goals for the season?

RR: What else are you involved with in the community?

EF: I founded Summit Sisters two years ago in Stratton, VT which is a local hiking group for women aimed at encouraging females of all ages to get outside and stay active during the summer while connecting with elite athletes and other women in the southern Vermont areas. I also help coach the local chapter of Girls on the Run in the spring and am an active Fast and Female ambassador and advocate for the Women’s Sports Foundation. As a team, we run T2-sponsored community events centered around physical activity for local youth and help coach the Stratton ski camps during the summer. I have also done a number of school visits focused on topics such as mindfullness and goal-setting and help with Ski with the Stars events during the winter.

Follow Erika on her blog: http://erikaflowersski.blogspot.com/. She is always looking for new sponsors and support and the season kicks off in just a month or so! Let's go Erika!