Randy Palma has always loved the freedom of flying, whether it’s as the pilot of a Boeing commercial airliner, helicopter, or gyroplane. RailRiders recently spoke with Randy, who just got back from Costa Rica where he did some gyroplane flying. Don’t know what a gyroplane is? These ultra-light, gravity-defying contraptions pre-date the helicopter. Randy likens them to a “powered parachute!” When he’s not in the cockpit or seeking new adventures around the globe, he divides his time between South Florida and Park City, Utah. 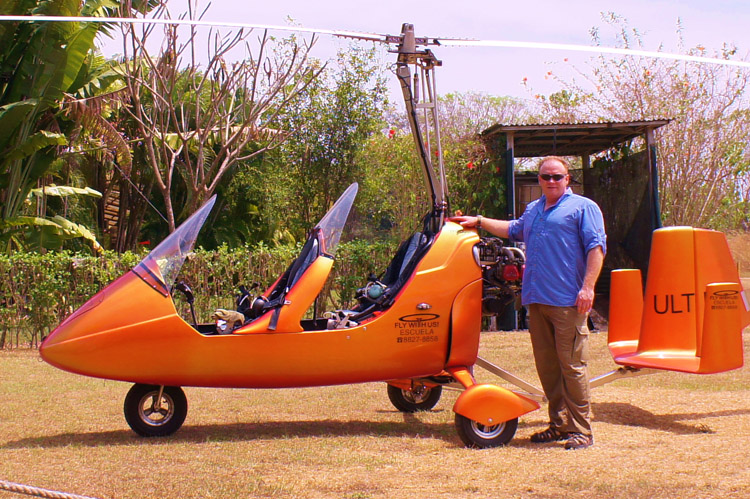 RailRiders: How long have you been interested in flying?

Randy Palma: As long as I can remember.  My dad was an Air Force Air Traffic Controller and I grew up around the world on military bases. I was actually born in Germany near Frankfurt. My first memory of wanting to be a pilot is from when I was probably four years old. My dad gave me a yellow Wham-O Frisbee and I promptly told him that when I grow up I want to be a Frisbee driver.

RR: Are you professional pilot?

RP: Yes, I flew attack helicopters in the Army and currently fly the Boeing 787 in international service for United Continental Airlines.

RR: What have been some of the planes you've flown?

RP: I have a keen interest in just about anything that can carry a man aloft.   I've flown in just about everything from a paraglider that I launched myself off the side of a mountain to the Boeing 777.

RR. Explain a bit about the gyroplane.

RP: The gyroplane is the precursor to the modern-day helicopter. It was invented circa 1923 by Spaniard Juan De La Cierva who lost his good friend in an airplane due to a wing stall. Juan was intent on creating an aircraft that absolutely would not stall. Aerodynamically speaking, the gyroplane is a bit of a nightmare. In most basic terms it works like a powered parachute. Instead of dragging a chute through the air it drags a spinning rotor. Unlike a helicopter the gyro has an unpowered rotor. Yet the gyro can do 90% of what a helicopter can do for about 10% of the operational cost. 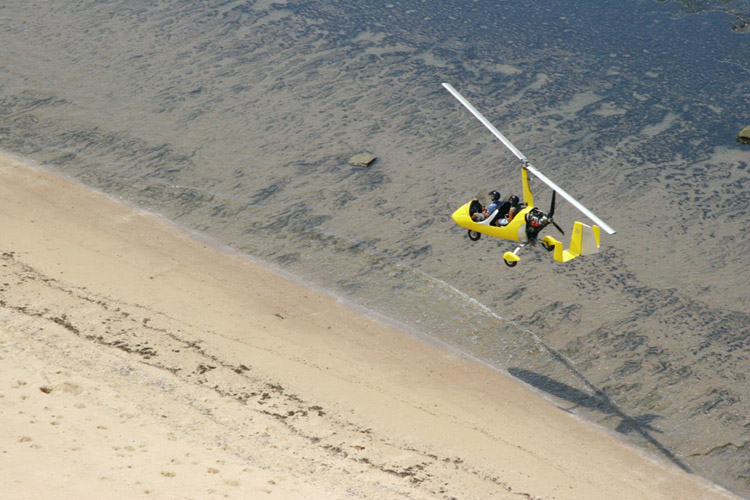 RR: What is their cost?

RP: Gyroplanes can be built from $6,000 for an open-frame Bensen-type machine to $200,000 for a top-of-the-line Austrian-built Arrowcopter.

RR: What is the safety record of gyroplanes?

RP: It is pretty much a “train wreck” until recent times. When the engineer Igor Bensen designed and marketed his BM-8 {air machine} starting in the early 1960s, it was a single-seat open frame motorcycle of the sky. It came in a kit and included "instructions" on how to teach you to fly it! Now in all fairness to Mr. Bensen these instructions were actually pretty good. Problem was that few people had the self-discipline to actually and properly follow them and put them properly into play. The result was newspaper headlines over and over again of fatal accidents. Still to this day people buy used machines on eBay and continue the sad grisly tradition of creating newspaper headlines. For every 100 fixed-wing instructor pilots in the U.S., there is less than one active gyroplane instructor pilot. The lack of quality instruction tends to fuel the fire of the poor safety record.

RR: Are gyroplanes even legal in the U.S.?

RP: Yes. Almost all are registered in the experimental category with a very few (1%) registered in normal category. In the rest of the world, the same type like the one that I flew in Costa Rica are made to very exacting standards in Germany, where they are registered in the normal and ultra-light category. The FAA stance has always been that they should all just go away, but with the revival of these European gyroplanes we are hopeful here that the FAA will change its mind. 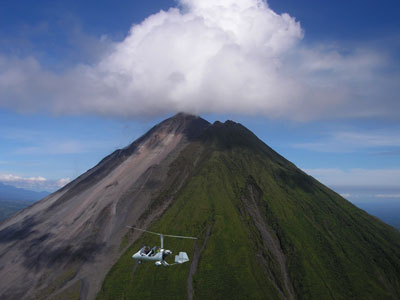 RR: What is your opinion of drones? Will they one day live up to the dream of Amazon.com’s founder who wants them to become the future of  home-delivery?

RP: Drones or UAVs (unmanned aerial vehicles) are definitely the future in many but not all areas. For instance, in most tactical military applications they make a heck of a lot of sense. An UAV can pull far more Gs than any aircraft that has a human on board. UAVs can be made smaller and lighter and for less money because you don't have to include all the things and systems that keep a human alive-- ejection seats, pressurization, environmental systems, oxygen tanks, etc. We will probably see drones first taking place at the cargo carriers such as FedEx and UPS. First with the removal of the co-pilot, and then after a time the captain as well. It will be quite some time before we see pilotless airliners though. There's an old joke concerning automation in airline cockpits that says eventually there will just be one pilot and a dog up there. The dog is there to bite the pilot if he touches anything!

RR: Besides flying, what are your other hobbies?

RP: I like just about anything that gets me outdoors. I could never work in a cubicle. Scuba diving, downhill skiing, targets, camping and boating are all things I enjoy.

RR: What are some of the places that you have traveled to?

RP: One of the things that I love about my job is the travel. I have hiked the Inca Trail to Machu Picchu, walked the Great Wall of China, visited the Taj Mahal, had dinner on top of the Eiffel Tower, gotten uproariously drunk at Munich's Octoberfest, walked the Stations of the Cross in Jerusalem, danced in the streets of Rio during Carnavale.

RR: Finally, what do you think of RailRiders clothing ?

RP: Love them! I would even like to work with RailRiders to develop a flight suit for pilots, off-road racers and motorcyclists. I have some great ideas and I sure think RailRiders could pull it off. But absolutely, the best piece of equipment for any pilot is your VersaTac pants and shorts! Why ? It's because of the side-zipper openings on the cargo pockets --making it super easy to access the pocket in a seated position while wearing the aircraft seatbelt. That's genius, pure genius  That and their rugged construction. I also like Bone Flats shirt. When I was doing  gyroplane flying down in Costa Rica, the shirt was perfect to deal with the humid conditions at twenty feet above sea level and 98 degrees and then with sleeves down the cooler temps up at 3500' as we flew up toward the capital San Jose.