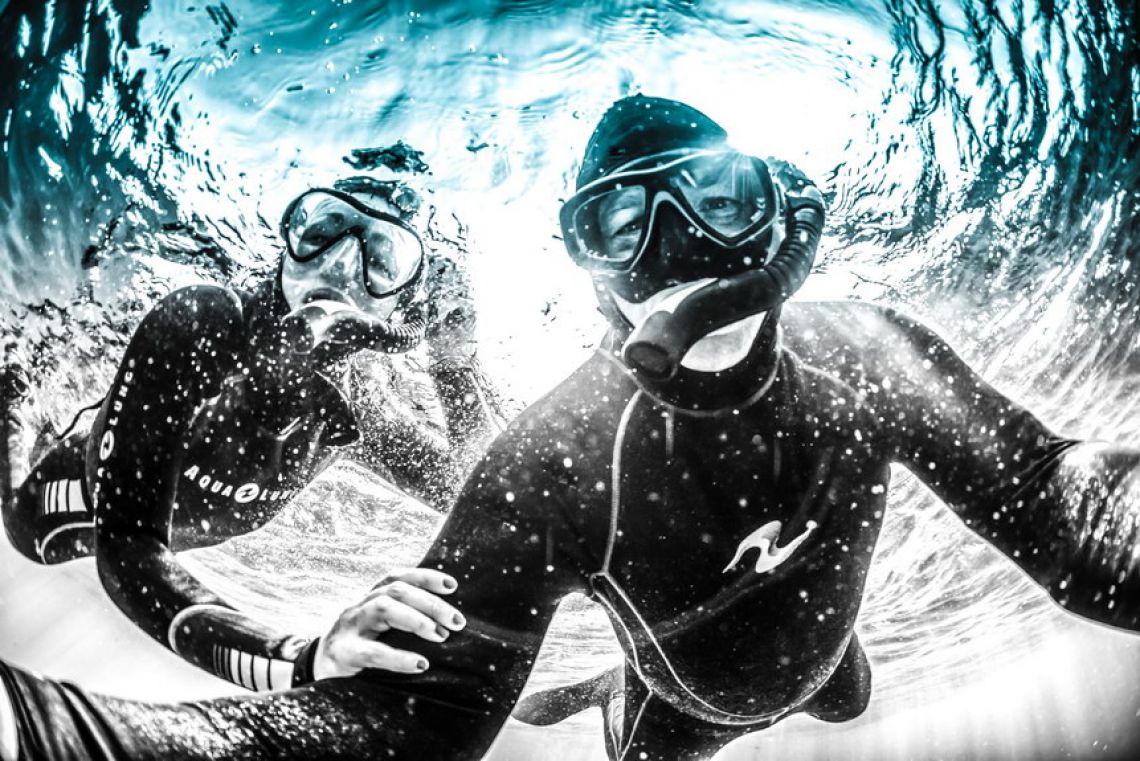 Jett Britnell is a British Columbia based underwater, wildlife & expedition photographer, internationally published writer, explorer, scuba diver and speaker. He has achieved what is known in explorer circles as being the “Holy Trifecta!” as he is a Fellow in three of the world’s most prestigious explorer societies, The Explorers Club (New York), the Royal Canadian Geographical Society (Ottawa) and the Royal Geographical Society (London). Much of his work is focused upon undersea exploration, globally protecting endangered species, preserving natural habitats, supporting marine & wildlife conservation efforts and environmental education. Jett is a member of the Ocean Artists Society, a unique alliance of the world’s top marine life artists, painters, sculptors, photographers, filmmakers, and writers. He is also one of approximately 50 of the World's top underwater photographers who donate images to support The Ocean Agency's conservation initiatives. He is also a consultant to Elephanatics, an elephant advocacy organization residing in Vancouver, British Columbia, Canada, and a Nikon Professional Services member.
In May 2020 Jett and his wife, Kathryn, were both invited by EXPLOCEAN to be Ambassadors for the “League of Underwater Explorers.” The League’s primary mandate is to create opportunities for all people to discover our world by promoting underwater exploration. Our objective is to empower future generations to leave a legacy of ecological sustainability and inspire them to take stewardship of the planet and all its waterways by sharing our own discoveries. Effective January 1, 2019, Jett began serving a two-year term as Regional Director BC/Yukon, Canadian Chapter, The Explorers Club.
Railriders: How long have you been shooting photos for?
Jett Britnell: I’m 100% self-taught and learned how to manually adjust f-stops & shutter speeds underwater. My first underwater pictures were taken in January 1983. Those early images would not pass muster today, but I just kept at it until I was able to consistently make good photos. 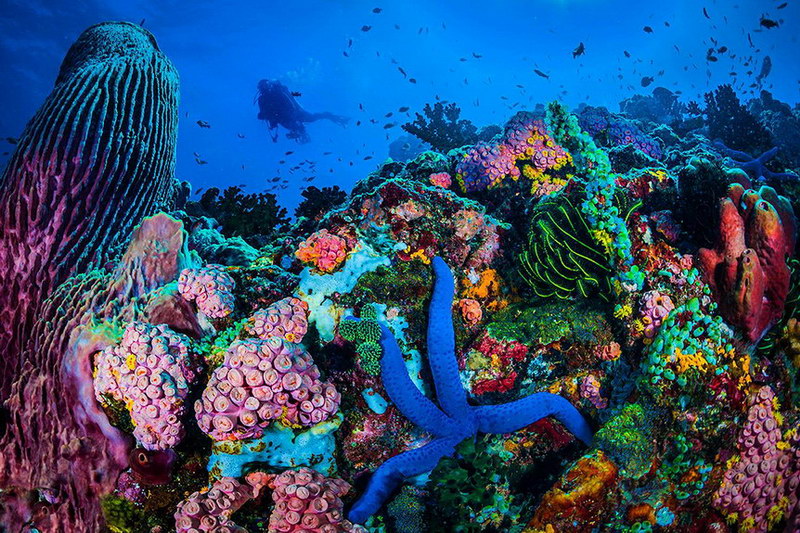 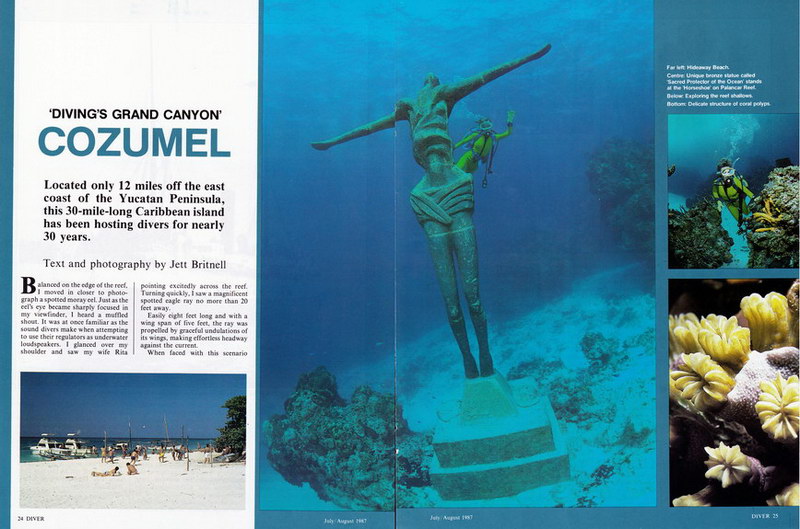 RR: What's it like working alongside your spouse?
JB: It’s the absolute best scenario for an underwater photographer to work with a spouse who shares the same passion. We can model for each other while diving and then during the post dive images review, figure out what worked, or didn’t work. Kathryn and I also co-author a travel, photography and exploration column for Luxe Beat Magazine under the banner “Third Age Expeditions,” so our work and play time blends together nicely. https://luxebeatmag.com/category/columns/third-age-expeditions
RR: Greatest challenge as an underwater photographer?
JB: There are indeed some unique challenges due to the properties of water and its effect on light. Apart from being comfortable working in scuba diving gear, one must also use specialized underwater photographic equipment. Diving skills such as mastering buoyancy control are essential to successful underwater photography. Understanding the behavior and habits of marine life is important too in order to find and photograph marine subjects. And, of course, you have a limited air supply and must consider this when planning your underwater photographic objectives. 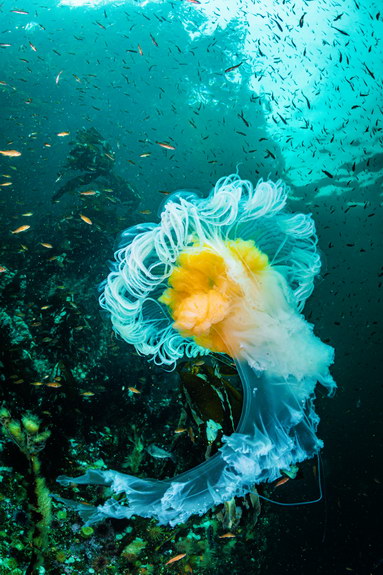 RR: What does your gear bag look like (Backpack for a day shoot)?
JB: You could say I’m Team Nikon and recently switch from shooting with a Nikon D800 to using their new mirrorless camera system the Z 7 and Z 6 camera bodies. I have a variety of prime and zoom lenses that allows me to cover the range from 16mm full-frame fisheye lens up to a 500mm lens. For extra reach, I can add a Nikon 2X teleconverter to the 500mm. I have owned all kinds of camera bags but seem to have settled on several bags made by Think Tank. Underwater, I use Aquatica Digital underwater housings, two underwater strobes. The workhorse lenses for underwater are Nikon 16mm Fisheye, 60mm Macro and a 105mm Macro lenses. 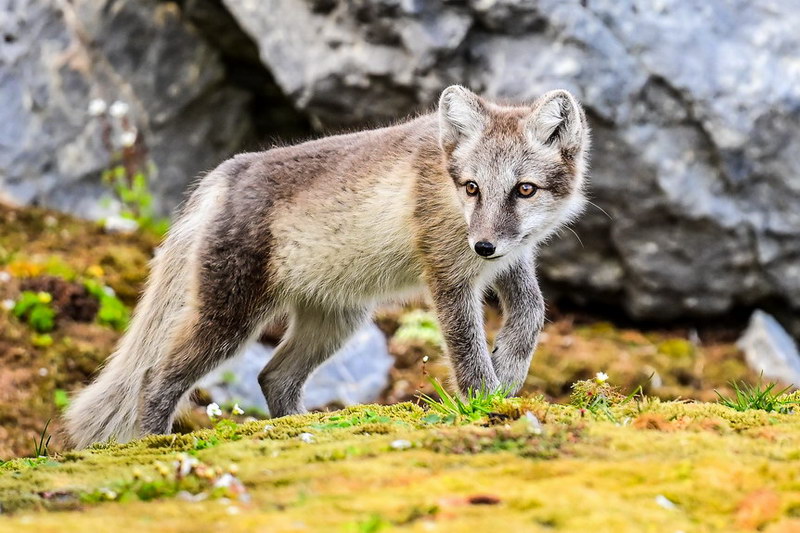 RR: Do you have a favorite image you have captured?
JB: There are several. If I had to choose just one at the moment it would be an image of an Oceanic Whitetip Shark I made while snorkeling from a ship approximately 7-miles offshore at Cat Island, in the Bahamas. It’s an image I held in my mind since I was a pre-teen after watching a shark documentary called “Blue Water, White Death.” 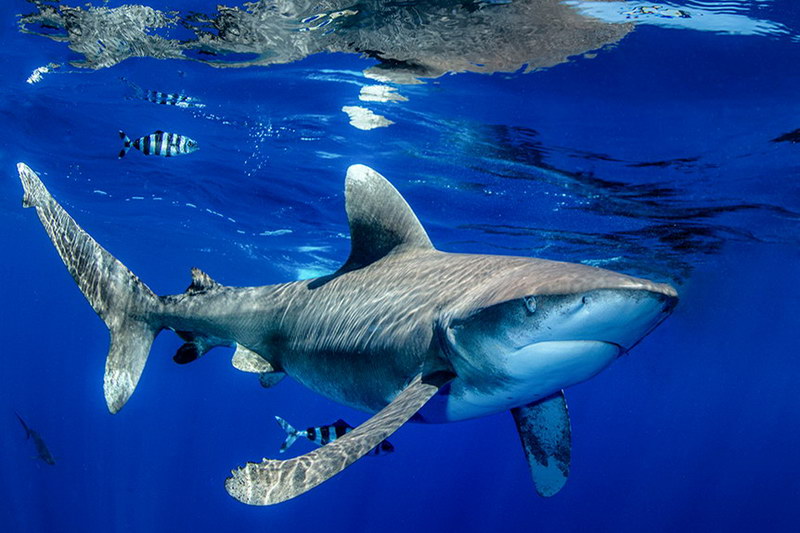 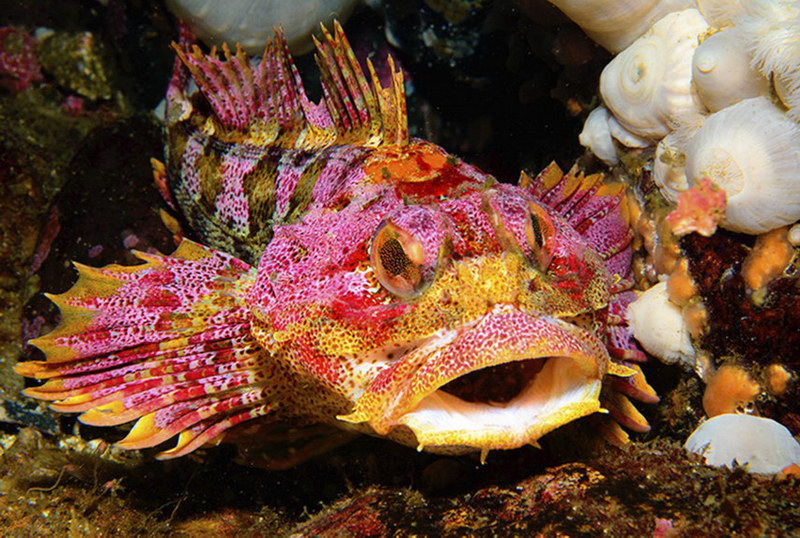 RR: How about advice for someone who wants to get into photography?
JB: Never feel you must purchase the most expensive photography equipment. Buy the best you can afford, but never forget that it is the photographer, and not the equipment, that makes the photo.
Shoot a lot of images and include both horizontals and verticals. 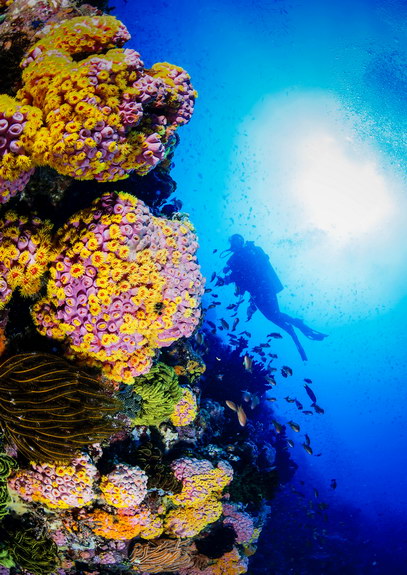 RR: Tell us about a cool trip you have planned this year!
JB: We had a couple of diving trips planned for the Philippines in 2020 that have since been cancelled due to the COVID pandemic. Since it looks like international travel will not be possible in 2020, we are looking at doing more diving in British Columbia this year. It’s challenging at the moment to plan anything in the future with the spectre of a second wave of the pandemic being a real possibility. Some dive operators are beginning to open their business up again having taken measures to allow for some social distancing. Here’s hoping we return to some semblance of normal soon. 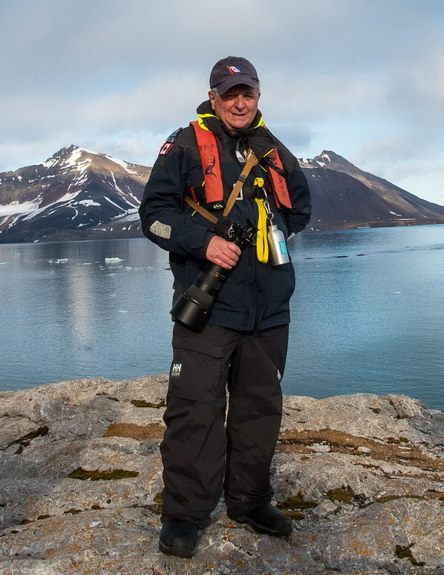