Walk the Masar: Leon McCarron Reflects on the Trail

Team RailRiders member Leon McCarron is a professional adventurer from Northern Ireland. He recently became the first to thru-hike the Masar Ibrahim Al Khalil, a brand new long trail that winds through the West Bank, Jordan and the Sinai peninsula, ostensibly tracing the path walked by the Prophet Ibrahim (Abraham) thousands of years ago, which spawned three of the world’s major religion. We took some time to talk to him about the journey and how his time traveling through the Middle East has proven how misunderstood a region it is. 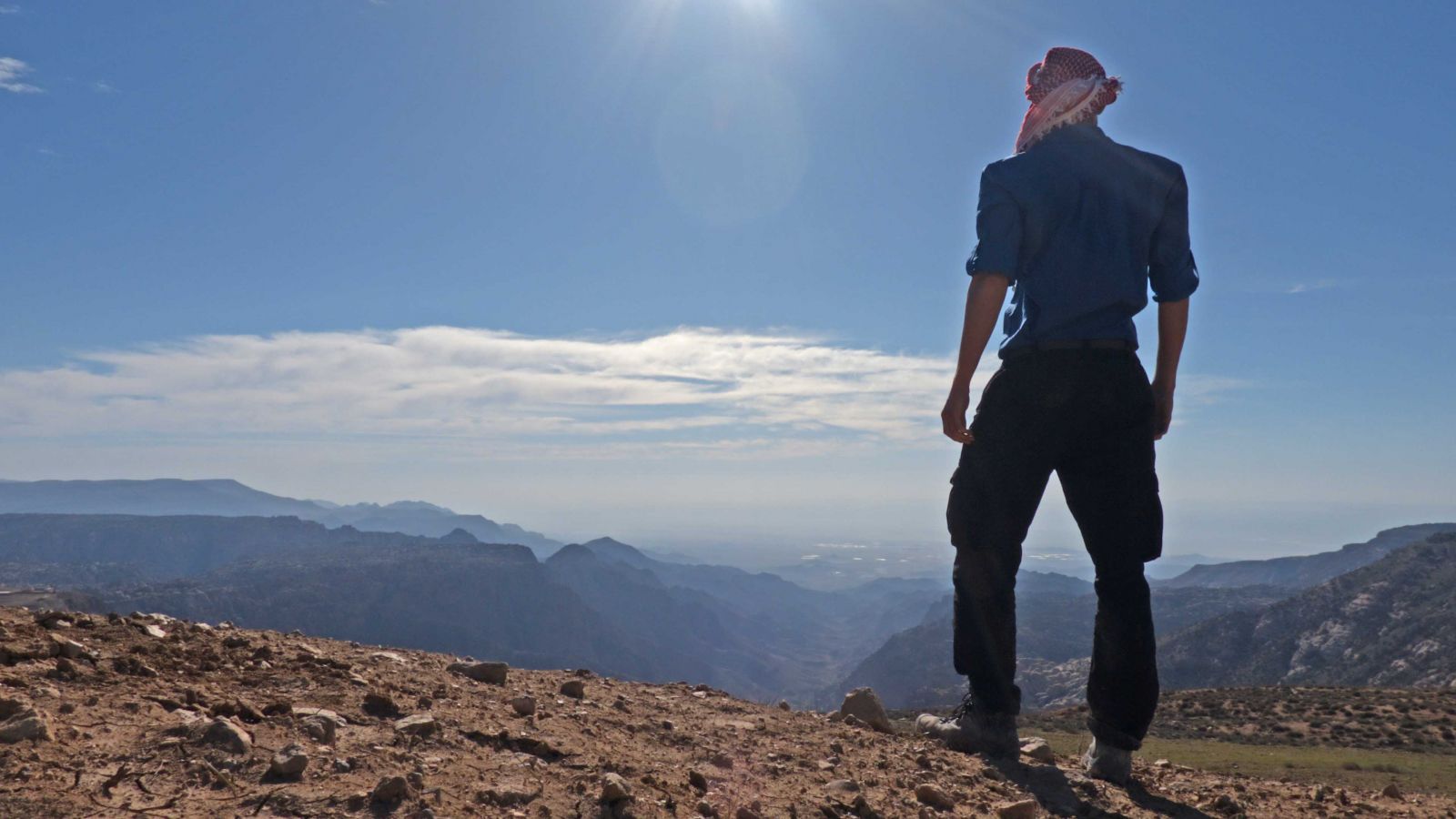 RailRiders: Where did you first hear about the Masar il Ibrahim? Did they approach you or did you approach them?

Leon McCarron: I’d wanted to do a long walking journey in that part of the world for a while, and had planned simply to make up my own route. Over the course of a couple of years I got to know some of the team that were pioneering hiking routes in the region, one of which was the Masar Ibrahim. We decided together to make the journey happen.

RR: Had you done a lot of long-distance backpacking before committing to this trip? What kind of experience did you have?

LM: I’ve done quite a lot, yes – this is my fourth long-distance hike in the last few years. [Leon also did expeditions for RailRiders across the Empty Quarter Desert and up the Rio Santa Cruz in 2013 and 2014]

RR: Going in, what were your expectations? Was there anything you particularly expected in terms of terrain or the people you would meet?

LM: I simply hoped to be surprised, and to enjoy it. I started with the working hypothesis that this was a friendly and misunderstood part of the world, and I wanted to see if this was true, and if so, what it was like to experience it on the ground myself.

RR: Obviously, we’re dealing with a politically loaded region. How did you expect that to affect your trip? What did you expect to find on the sociopolitical/religious spectrum?

LM: I was initially hoping to make an apolitical journey, but it became pretty clear pretty quickly that this was impossible, especially in the West Bank where it’s such a major influence in everyday life. In Jordan and Sinai it was less of a fundamental part of every place and person, but it was still there. So, it became a part of the journey, but I tried to stop it from becoming the focus of the stories I collected. Instead I tried to look at the human side of things.

RR: Since you’ve done at least one major Middle Eastern trip before (the Karun), what was your first impression upon your arrival in Israel and subsequent travels through Jerusalem, the West Bank, and Jordan? Was it similar to Iran or vastly different? In what ways?

LM: I was only in Israel very briefly, and then in Jerusalem for a while, and then mostly in the West Bank. Israel, of course, is very different to Iran. So was the West Bank, although in a different way. The amazing thing about the Middle East is just how diverse it is. That diversity comes from history, culture, religion and contemporary politics. It’s part of the reason why it’s such an exciting region, as well as being at the root of many of its problems. 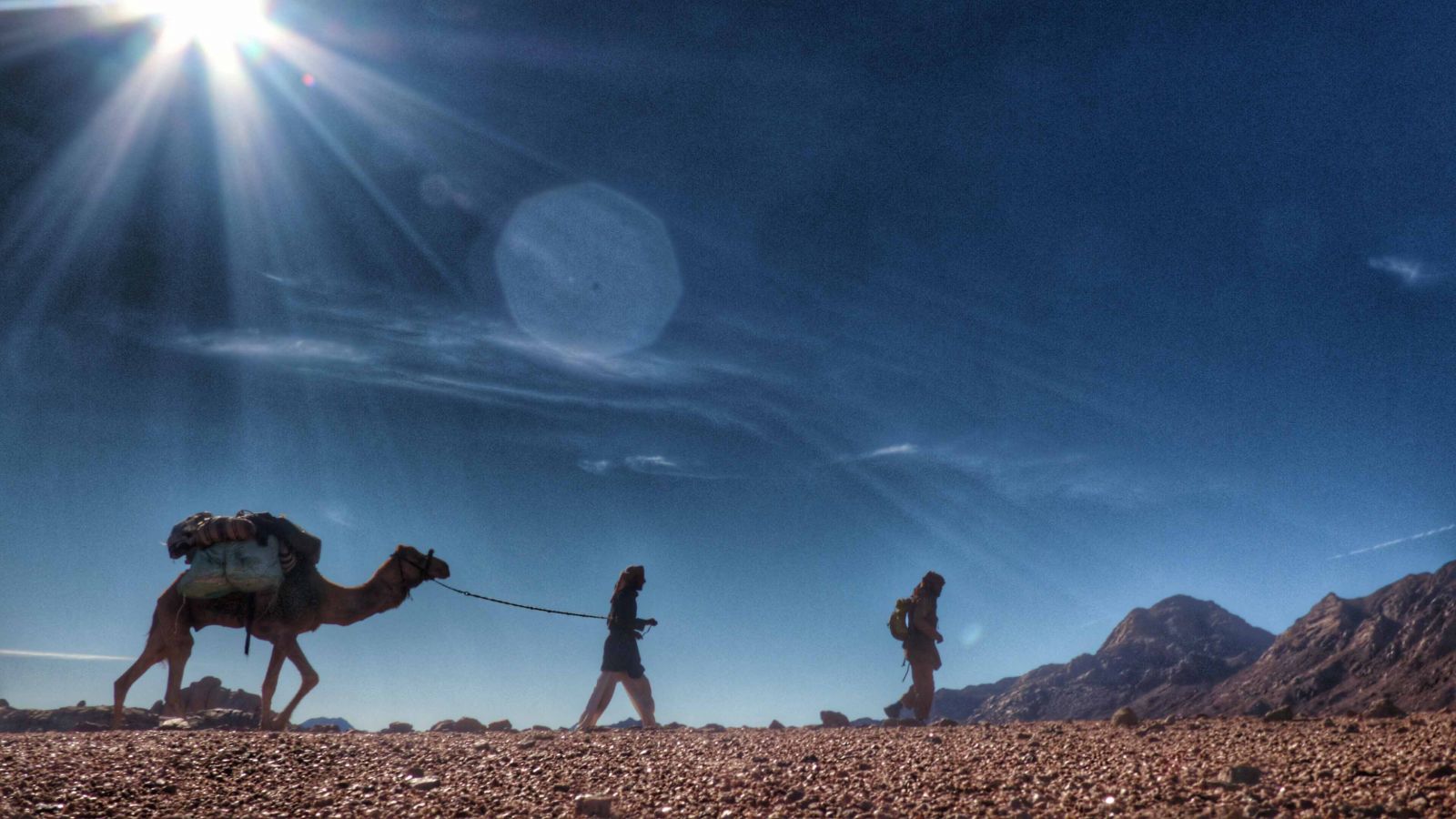 RR: What was the biggest surprise when you started walking? Did anything happen (other than Dave’s injury) that was outside of your expectations?

LM: Much of the journey was a surprise! It always is, and always should be on an adventure. I was particularly taken aback by the variety of landscapes in Jordan. In the north it feels like the Mediterranean – green, rolling hillsides and temperate weather. In the middle are vast, deep canyons cutting across the landscape, and in the south the huge, sparse deserts.

RR: What was it like walking alone (after Dave left)? Did you gain any deep insights from the time you spent without a permanent hiking partner? What was the best and worst part of your “solo?”

LM: It was a very different experience. In a lot of ways it was harder. I had to deal with all the logistics myself, and there was no one to lean on when it got tough. I had a lot of time in the empty parts of the landscape to reflect and think, which is a positive thing, but also quite difficult at times. I enjoyed the extra immersion that came with being alone – I was more likely to be invited in to homes or have conversations struck up when I was solo. The downside was feeling a little lonely at times, and missing the fun side of having company.

RR: You traveled through numerous countries and ecosystems. How was each different and how were they similar?

LM: The journey was mostly focused on Arab states, so culturally there were many similarities. Landscape wise it was variations of deserts, Canyonlands and fertile hillsides. Walking, though, makes every day feel different – that’s the beauty of it. You notice every small change when on foot.

RR: Did you have a favorite section of the journey?

LM: I really enjoyed crossing Sinai – the desert is vast and intimidating from a distance, but up close it’s one of the most beautiful and peaceful places that I’ve ever been.

RR: What are the lasting lessons that you will carry with you after this 1000 mile trek? What message do you want to share with the world?

LM: Every long journey on foot brings a lot of lessons. Mainly this time I was fortunate to get a small insight into a very special part of the world. It’s easy for us to fear areas like this which are at the root of so much bad news and which seem plagued by conflict, but I would caution against generalization. Once we begin to let fear take over, the world seems a scary place. I’ve travelled in much of it, and it’s not. 99.9% of people are good – it’s the minority that make the headlines. 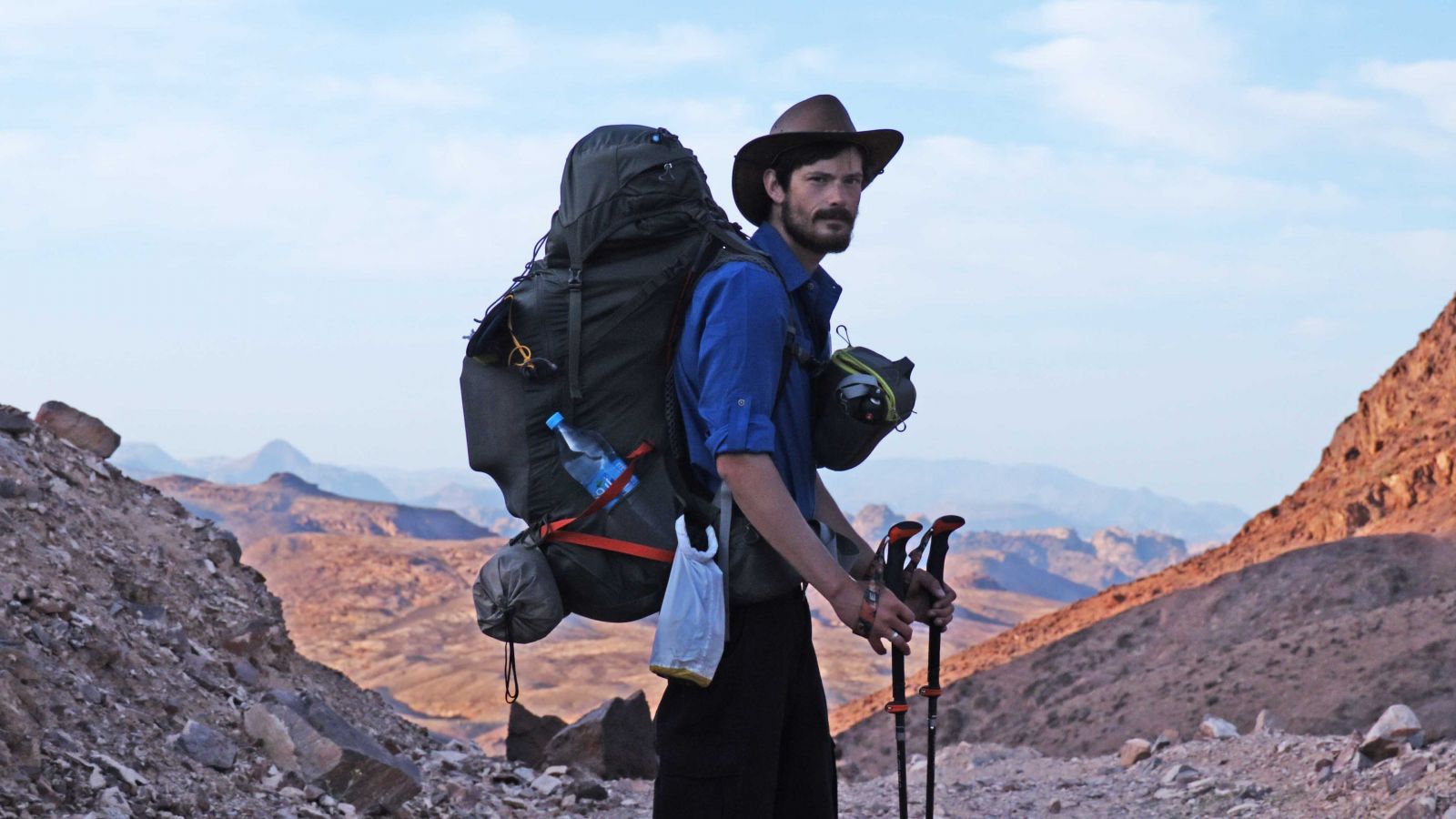 RR: Finally, how did RailRiders perform in the multitude of environments?

LM: As always- superb! I was a particular fan of the lightweight pants – they were my only pair so I was grateful that they didn’t rip or tear (which would have been embarrassing!) and it was very useful that they dried so quickly – I could wash them in a stream and they’d be dry in the sun in 30 minutes. I also wore the Wayfarer shirt for the majority of the trip and appreciated the comfort and flexibility. What I like most about Railriders gear is that it removes stress – I don’t have to worry about whether or not my kit will survive or work. I know it does, and I trust it entirely. That’s worth a lot.